I m back with the last and final part of Half Boyfriend, Which I started in August 2015.

So,, good to see you again,

As story was ended last time on Vikul’contribution for orphan kids.he worked hard and arranged food on daily basis for them.finally he realized that he can adopt to Khushi ( baby girl who changed his mind).

He asked from Head of Orphan centre but he refuged because Vikul was not married and according to law of India they can not handover a baby girl to any unmarried guy.

He felt so bad but he loved her a lot.he tried to give all the comfortness and happiness to her but it was not stable because one family came and they asked to adopt Khushi

I met to family and my heart realized that Khushi will be happy with them. So finally she left me.

She never wanted to leave me but for her better future I did not stop her.

Now once again I was alone. Depression was on my head.

Wanted to cry ..but no one was there to hold my tears. So made strong to myself.

Started working hard once again. Spent time with friends to forget her.

Finally I was out from depression but as I know nothing is permanent for me .

I went home .I was kid but no one was behaving like they are elder .they were crying .I tried to stop them but I was unable to do.

My family was suffering from deep pain. Relatives came and left behind us with pain.

My elder brother was in Delhi and he was working there but now responsibility was on his head so he left the job and came back to home.

I never wanted to go back to Bangalore but my family pushed me to go back. Because they said if u will sit free ,pain will increase inside

Came back to work after 2 months. Did Training in Hyderabad for three months and started working once again in Bangalore.

Everything was changed now inside me.my behaviour,my way of thinking etc.

I was behaving like mature person.while age was not that much enough, responsibility made me like this.

I was alone ,,very much alone.

I took one year to get rid from this situation. Finally I was out because family was happy.

I never thought that I will fall In love once again.but She was my carbon copy .qualities which I was having she was having same.

Her eyes …Her voice …Her way of love ..everything was perfect.

She said she is my heartbeat. And i m her heart where she wants to live for forever.

We asked to our parents to do arrange marriage.

Finally everyone was happy with this relation.

Marriage was done ,we were living a healthy life.

She got an offer in Bangaore in Finance field. And i got a job in New York.

I m telling this because ,,

my wife realized that your smile made you strong,your willingness gave you power to defeat your loneliness ,your way of thinking made u to go alone but never felt alone…Because she is with me when no one is there.

Here was the end of the story. Myself Nimish came back to India and met to other Guy 😉😉 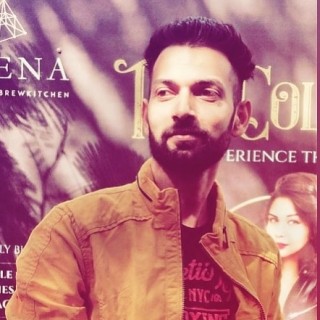